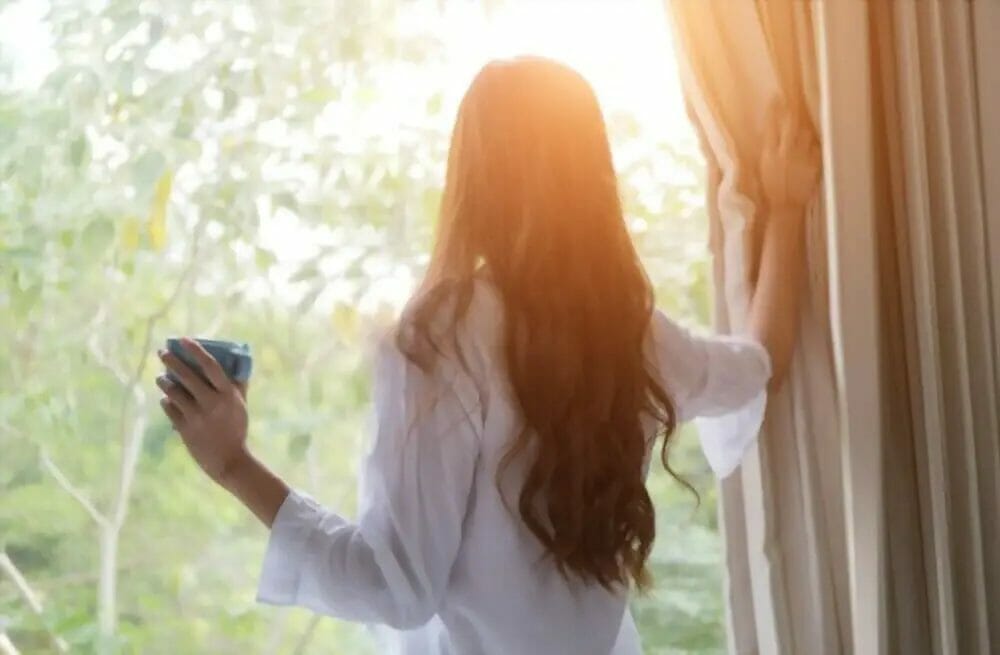 The reasons may be tolerance towards caffeine, dehydration due to more intake of coffee so that might feel tried and sleepy.

The caffeine metabolism is a very important aspect in how coffee affects you and your body. You can also have hereditary or genetic reasons for why coffee is giving less energy than before or why people crave it more often than they did before.

In this article I will explore why coffee doesn’t work for some people and what you should do if it doesn’t.

The human body has a tendency to develop the tolerance towards caffeine. What does this mean? It means that your body will get used to the stimulant effects of caffeine and may not have as much of an impact on your feelings and emotions once you drink it.

The downside is, however, that you will need more coffee in order to feel the same effect that you did before, thus leading to higher levels of caffeine intake which can lead to some adverse health effects.

It is also important to know the adenosine receptors and how they function. Adenosine receptors are proteins that are found throughout the body, especially in the brain, heart and muscles. They are responsible for many of our feelings, such as memories, sleep and wakefulness.

Caffeine works by blocking these receptors and causing them to release chemical substances that act to block the signals they receive from other substances in your body (called neurotransmitters). This is one of the reasons why coffee has a stimulating effect.

Overtime the body adapts to caffeine and start generating higher levels of adenosine to compensate for the effect of caffeine. In short, the more caffeine you drink, the higher the level of adenosine in your brain, meaning that it will have less affect on you.

The increase in level of adenosine will cause you to feel sleepy and tired while making you less sharp and alert. After a while you will become tolerant to the effects of caffeine.

You will need more and more caffeine to get the same effect. While initially it might have given you a lift, it may end up making you sluggish and fatigued.

To avoid caffeine tolerance, try to do a coffee fast once in a while i.e. go without coffee whole day once a week or month (whatever suits you) or try substituting tea for a couple of days.

Amount of Sugar in coffee.

Coffee contains sugar and other sweeteners so that not only does it taste better but also gives a sweet sensation and additional energy boost when you drink it (energy levels are known to be rising after drinking a cup of coffee). But it will lead to a crash as effects of sugar die down.

Sugar is a potent dehydrating agent and causes the body to lose up to two liters of water in an hour. It is also known to have negative effects on blood sugar levels which can result in fatigue, tiredness and lead to crash later on.

Kindly do not add excessive whipped cream or sugar syrup in coffee, an excessive amount of sugar or sugar substitutes to your coffee because it will result in a sugar rush and crash.

A common reason why people notice that they run out of energy quicker after drinking coffee is dehydration due to the high amounts of caffeine contained in it.

Coffee is a diuretic. Therefore, it can be dehydrating and will reduce your endurance levels and energy. Which will effect your ability to stay awake and alert.

What happens is that as you consume water to help your body hydrate, the caffeine in the coffee will cause you to urinate, leaving your body in a dehydrated state.

This causes a drop in your blood pressure which is why you may feel more tired after drinking coffee.

There are also many adverse health effects related to dehydration such as muscle cramps and palpitations. It is therefore recommended that you drink plenty of water throughout the day in order to prevent dehydration and replace as much lost fluids as possible.

See also  What Does The “Strong” Button Mean On A Keurig

You may have heard this before but others who are nervous or under stress tend to metabolize caffeine faster due to higher adrenaline levels. This results in an increased need for caffeine, as the effects usually diminish faster than usual.

Anxiety and tension levels are often quickened, which means they can be dragged on for long periods of time. In order to keep your mind alert, you might feel the need to drink more coffee every couple of hours and then experience a crash after a while.

Since your body is not responding the active ingredient in the coffee, you will need to drink more and more of it to get the same amount of stimulation as you would have needed before.

Some people are more sensitive to caffeine than others. In this case, each individual might need to drink a rather large amount of coffee in order to get the same effect as they used to get before.

This can make them feel sluggish and tired later on, often leading to more anxiety and stress.

If you have a hard time with your energy levels after drinking coffee, it is recommended that you stop consuming coffee for about 2 weeks and then slowly reintroduce it into your diet in order to see if it will have the same dramatic effect on your caffeine tolerance levels.

Some genes may act as a mediator between your genetic make up and your reaction to caffeine. The gene that controls caffeine sensitivity is passed on from parent to child and can lead to hypersensitivity to caffeine.

Whether your body has strong reactions to caffeine or not is determined by genetics. Some people respond to caffeine much slower than others. This means that they would have to drink more coffee to feel its effects. There are also those who can’t experience the effects of caffeine even after drinking a lot of it.

See also  Does Coffee-Mate Need To Be Refrigerated?

If you are struggling to wake up in the morning, feeling tried and sleepy, it may not be the coffee, as a general rule, but your brewing method. The brewing method you use for your coffee is a key factor when it comes to how well your coffee will wake you up.

Through our long experience in the realm of coffee experts, we have found some of the best ways to make good and consistent coffees that work perfectly for morning wake-ups and will keep you awake while they are comfortable to drink.

Change in Amount of Caffeine

Generally speaking, coffee from different roasts have different levels of caffeine. The darker the roast, the less caffeine is present. Darker roasts are used to brew espresso beverages with less water and more concentrated flavor.

A medium roast is a balanced roast that produces coffee with a low acidity. Light roasts contain an alarming level of caffeine and high acidity, which makes it unpleasant and harsh when brewed using the traditional drip method.

It is important to understand that the amount of caffeine an individual consumes matters. This is because different people can handle amounts of caffeine in different ways. If you want to wake up and get on with your day actively, it may be worth experimenting with different types of coffee, brewing methods and serving sizes.

I hope you would able to find a perfect answer for not having an energized morning even after having a cup of coffee. Now you have a good idea what the reasons are why you are not having a good morning after drinking coffee.

If you are having a hard time with your energy levels after having coffee, I would recommend that you try to refrain from consuming any caffeinated products for about two weeks and then take an in-depth assessment of how your energy levels are after you start introducing them back into your routine. 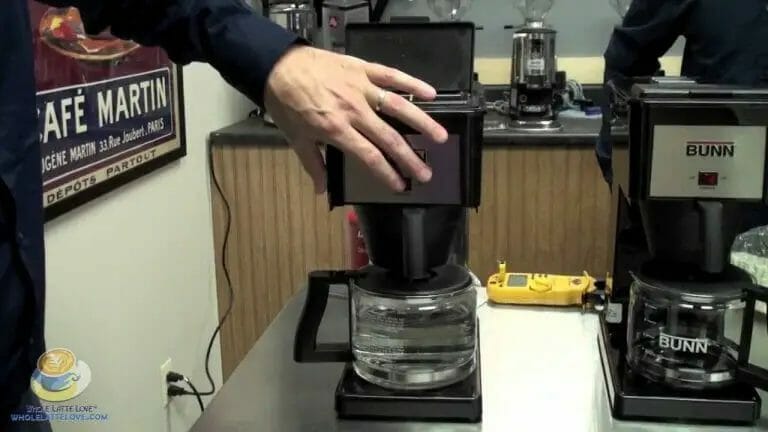 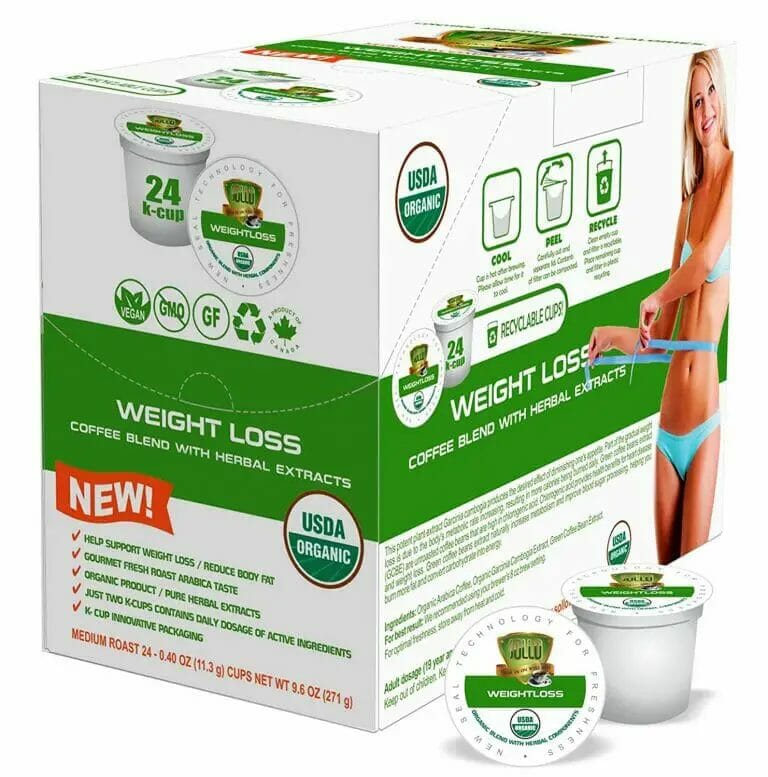 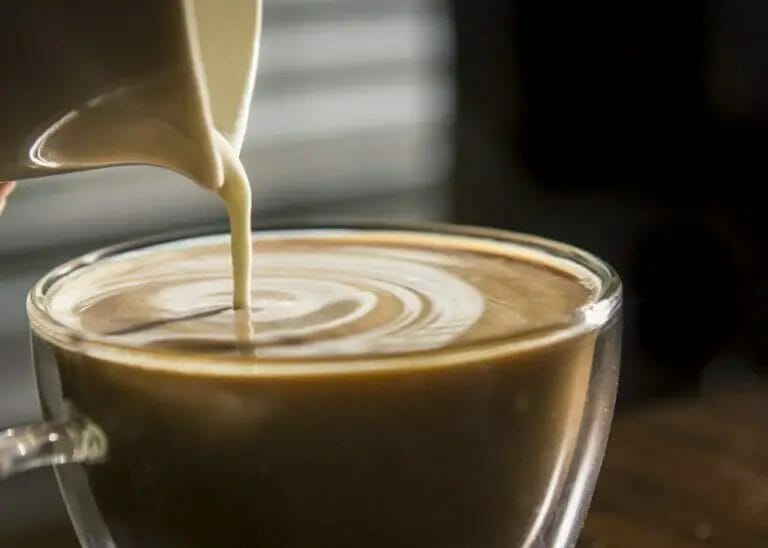 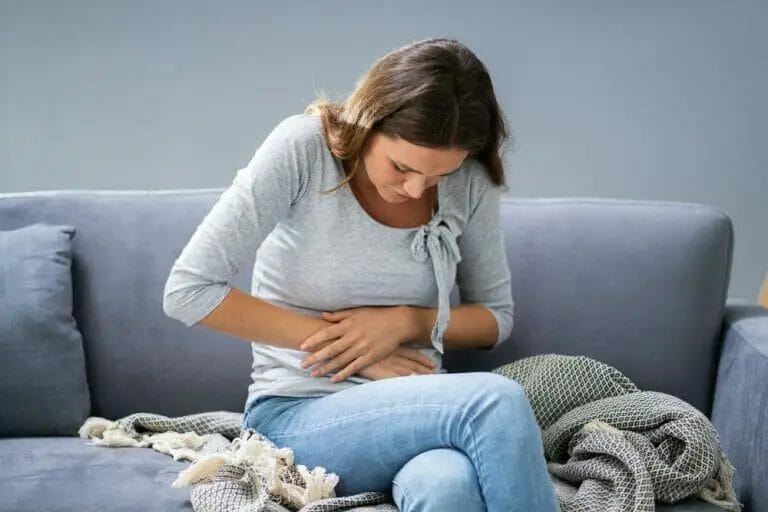 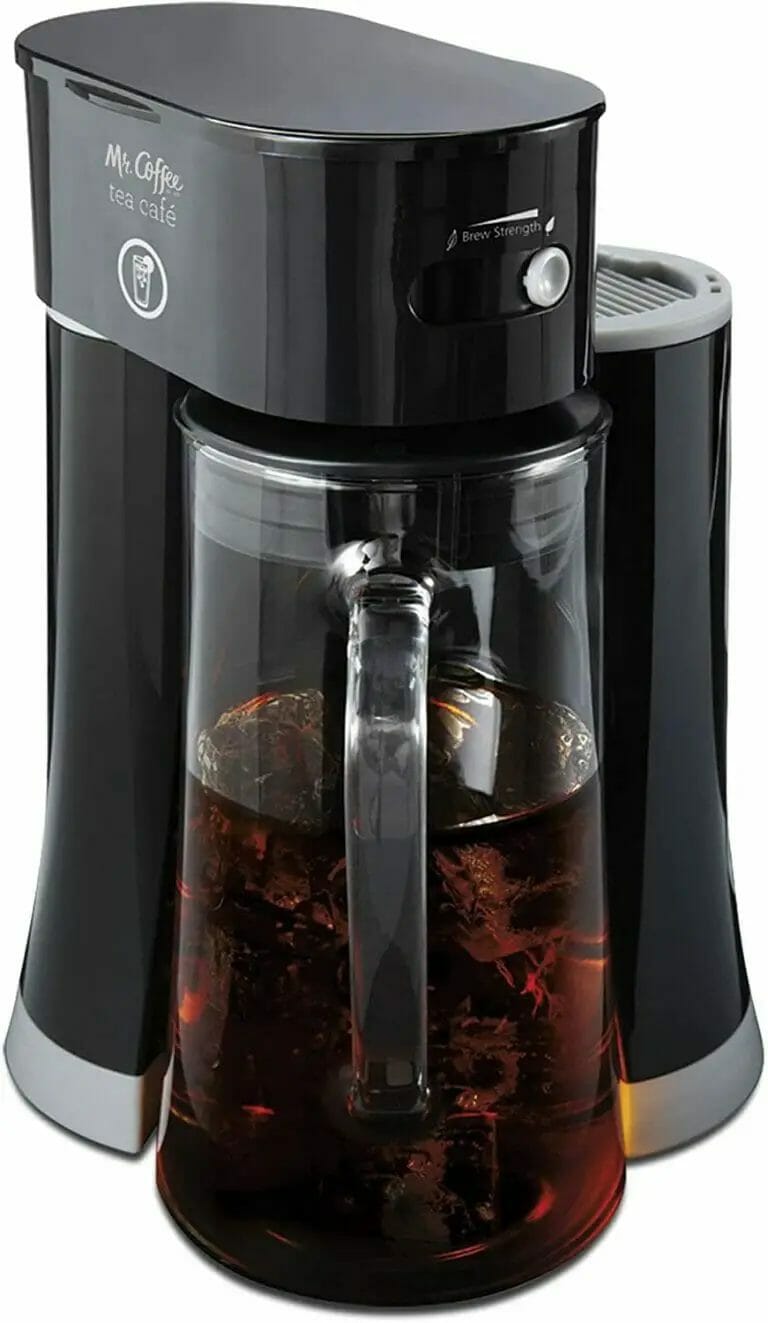 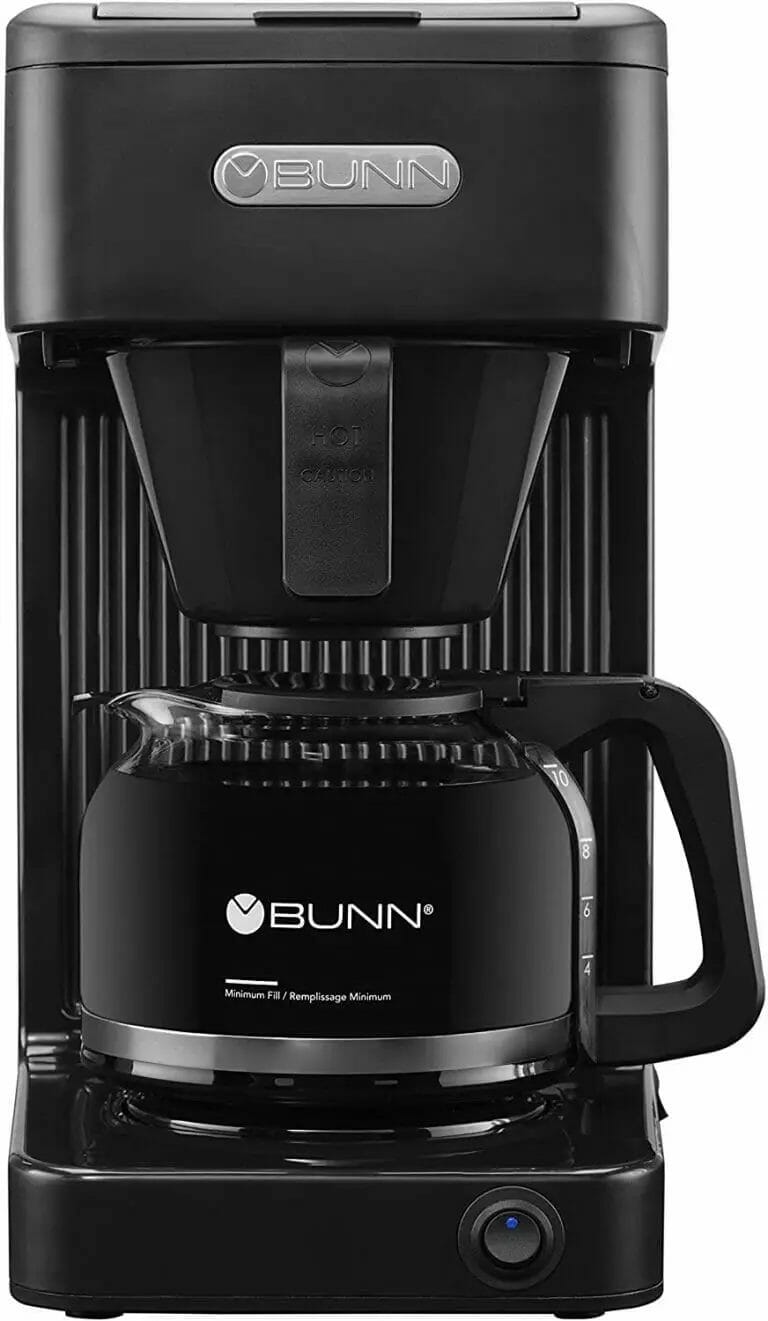